In “Dubai”, Haitian prisoners sleep in feces, without drinking water or food. Cholera is already inside the National Penitentiary, but the statistics that are reported are wrong, an official of the Ministry of Public Health confirms to AyiboPost

From his cell in the national penitentiary, the man counts at least two dozen people affected and dead in less than a week. His feed, scrambled due to a bad internet connection, lets through two distress calls: get the word out, we are dying here.

An official from the Ministry of Public Health and Population (MSPP), contacted by AyiboPost, revealed the presence of cholera in the National Penitentiary. To date, “we have less than ten deaths,” he said. “The numbers that are circulating are wrong.”

This report, which is very provisional, can quickly worsen. Extreme overcrowding and malnutrition run through the slimy corridors of the country’s largest prison. Built for 800 people, it houses nearly 4,000 individuals, most of whom are on extended pretrial detention.

Interviews conducted by AyiboPost with prisoners and human rights activists reveal that detention conditions have become more difficult since the blockades began in the country on September 12, 2022.

Extreme overcrowding and malnutrition run through the slimy corridors of the country’s largest prison.

“In my cell, we haven’t eaten anything for five days”, the prisoner quoted above reported this morning. He is part of a group of deportees, held because they were in prison in the United States before being transferred to Haiti this summer. “We are dying inside the prison, and the leaders don’t care because we can’t vote,” the man complained.

Death is lurking. The prisoners are scared. “They have been completely confined  to their cells for four days,” reports Fritznel Pierre, executive director of Combite pour la paix et le développement. This organization works with the detained citizens.

“The prisoners have no access to food or water for their sanitary needs, explains Fritznel Pierre. This is a worrying situation that is heading towards a humanitarian crisis.”

Hunger, aggravated by confinement, tortures and claims lives. The prisoners are restless. But the quadrant where the Colombians and Haitians accused in the assassination of former president Jovenel Moïse is not yet affected.

The situation is sliding down the slopes of extreme urgency outside of the capital. In Petit-Goave, about fifteen prisoners have died since September 12, reveals police officer Nancy Dessejour Policier, coordinator of the Union pour le développement et le respect des femmes haïtiennes.

Although most of the dead show symptoms of cholera, no tests are being done. But the worst thing is that there is no food or water, the police officer says. Among the 344 detainees, some are sick, but where to take them? The general hospital is at a standstill due to fuel shortages. Doctors hardly move around anymore.

Tuberculosis is causing dry coughs among the inmates in Petit-Goave. Doctors have confirmed it, said commissioner Jean Gary Jules. “We are recording deaths due to this disease, he added. I think some have been suffocated because it is hot.”

The worst remains to be feared. “Many more prisoners will die if it stays like this,” human rights activist Nancy Dessejour Policier told AyiboPost.

In Hinche, a contradictory situation is emerging, according to interviews conducted by AyiboPost. Some prisoners gain weight, become giants, with a round and shiny belly. Others wither and die… hunger tortures the guts of the 537 inmates, according to Lucien Frantz, executive director of the Groupe de défense des droits humains et du développement intégré.

“There are no confirmed cases of cholera, but four inmates died last week, says Frantz. This is a systematic violation of human rights.”

The same is true in Mirebalais. The roads that connect the city to Port-au-Prince are closed. Citizens are bringing what they can to feed the prisoners.

“There is another prison inside the penitentiary,” confides an inmate.

“We must urgently organize correctional hearings to reduce the overcrowding in the prisons, explains Arnel Remy of the Collective of Lawyers for the Defense of Human Rights. Otherwise, he says, many prisoners will die.”

Among the worst prisons in the country, the National Penitentiary easily tops the list. Trafficking of all kinds is practiced there. And prison officers engage in practices close to torture.

“There is another prison inside the penitentiary,” confides an inmate. The space, a sort of seclusion zone, is called Dubai, a reminder of the influencer fecal ingestion scandal that shook the United Arab Emirates city. It’s a newly created space, reports one human rights activist.

Prisoners sent to Dubai as a form of punishment know that they are less likely to return. They don’t eat, they sleep on the floor, in their own feces and those of their peers.  This “is a crime against humanity, says the prisoner. If they have not killed me, I will report this when I get out of prison.”

Jameson Francisque contributed to this report. 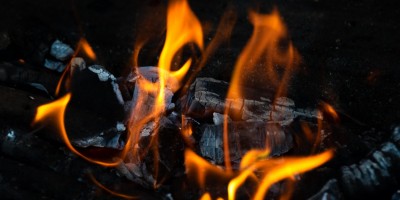 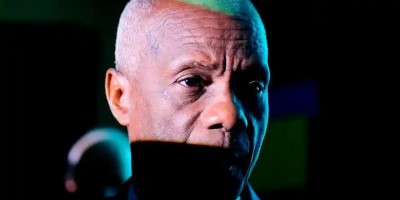 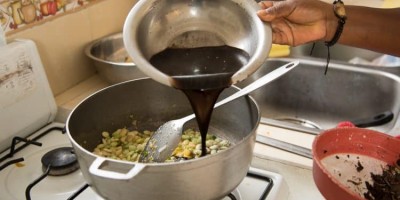