Outlaws are increasingly famous in Haiti. They appear on radio shows, give press conferences and are also very popular on social networks.

Outlaw gunmen are omnipresent in the country, our screens are not spared either.

Recently, due to a quarrel between armed gangs south of the country, several people lost their lives. Others have taken refuge in camps as if they were seeking shelter from a cataclysm.

The authorities did not provide any explanation as to what really happened in Martissant, but the bandits did. They used their smartphones to explain their side of the story through “voice notes” and videos.

Like ordinary citizens, bandits use social networks to communicate, but also for fun. The winner of the Golden Palm in this case is the Baron of Village de Dieu – Izo, as he is known.

Izo posted a portfolio of his various takes of the very famous re-adaptation of the song rock star by artist Post Malone on TikTok. At the end of the video, on a rather sarcastic note, the man shows his wanted police notice. He has garnered no less than 100,000 views for this content.

Izo is not just a simple young man in conflict with the law who lives in the Village de Dieu slum. He is one of the biggest criminals in the country who has caused a lot of discussions lately because of the terror he and his gang are sowing among the population. Izo is charged with murder, kidnapping and illegal possession of firearms, among other charges.

On TikTok, this criminal has about 57,000 subscribers, and more than 24,000 on Instagram. As this article is being written, these numbers could increase. He is a star on social media, sharing moments where he is having fun with his friends, especially notably when they are trying their hand at rap or when they are pretending to play musical instruments. Apart from their faces which are masked, crime lords do not hide at all. They show off their strongholds and in some videos you can clearly see their war arsenal.

Izo and others are not the only ones to be very present on the web. The well-known Jimmy Cherizier alias Barbecue, head of the G9, the largest federation of gangs in the country, is also very active on social networks. His Facebook account has more than 3000 “friends”. He also has a Twitter account and a YouTube channel, where he often identifies himself as a community leader.

Several journalists and citizens use these accounts to keep abreast of the deeds of bandits, their new alliances and ongoing dissensions. Other debates also take place, among these are those caused when these gang leaders use social networks to make public threats against citizens and human rights organizations.

Ban the bandits from the networks?

Ben-Manson Toussaint, who is a Doctor of Artificial Intelligence, explains that it is not for the State to say how Facebook and others should manage their users, as long as they operate legally.

“Digital networks can have real consequences on people’s lives. There is not and I wonder if it is even desirable that there be provisions made to allow the State to control the use of  social networks among its citizens”, analyzes the specialist.

Many abuses can result from such measures being taken because under the pretext of controlling the use of social networks by bandits, the State can have access to the personal data of peaceful citizens.

“But of course anyone who breaks the law, for example by broadcasting assassination videos, or any act of violence should not go unpunished. This content can constitute evidence to prosecute the author of these publications” continues Ben-Manson Toussaint.

Precisely, these bandits do not always respect the terms of use of the social networks. Jimmy Cherizier, for example, uses his Twitter account to dissimulate threats against the opponents of those currently in power and anyone who dares to throw a wrench into his plans by denouncing his crimes. However, he is still present on this social network. While he is not widely followed on Twitter, his tweets have been widely shared on WhatsApp lately.

But what can motivate people to follow a criminal? Does Social Media Make Bandits Human?

Raynold Billy, who is a doctor in Social Psychology, attempts to answer these questions by explaining three types of followers to be considered in this context. These are behavioral, cognitive and emotional adherence. These considerations according to the expert are valid both for the real and virtual world.

From the outset, the full-time professor at the Faculty of Human Sciences explains that all those who follow these bandits are not really their admirers. According to him, some are there just to inform themselves, to be up to date on everything that these “invincibles” are up to.

“For example” says Billy, “someone who lives in Village de Dieu may feel compelled to follow the actions of those who make the law there. This follower-ship is generally very strategic because anyone who lives in the vicinity of such criminals can get into trouble if they appear indifferent and even worse if they are downright hostile towards the actions of the latter, according to the professor.

Then read: What does Jimmy Chérizier aka Barbecue really want?

There is also cognitive adhesion defined as a deliberate attachment. Without coercion, a person or a group can agree to follow a notorious criminal either because he finds himself in his speeches, or because this person believes that the criminal is a victim of the system, according to the professor.

For emotional buy-in, Raynold Billy talks about the sense of satisfaction experienced when the bandits act. For the latter two forms of followers, Dr. Billy hypothesizes that the desire for revenge can lead a person to unwillingly rejoice at someone else’s heinous acts.

“One of the biggest motives or justifications that can get someone to act is revenge, which can take a positive or a negative form. We live in a society of contempt which is based on denigration. Some pursue major studies to get revenge on a relative who humiliated them during their childhood.” This is what the professor calls positive revenge.

But negative revenge, according to Raynold Billy, is when a person without the opportunity to educate themselves uses violence for revenge. Whenever this person defies authority, there is a sort of satisfaction for those who harbor the same feelings of revenge, but who do not have the courage to rise up. “A person who has been subjected to police brutality may not feel concerned or even rejoice when bandits attack the police. Through these acts, they take vengeance from a society of denigration” emphasizes the professor.

Further on, the social psychologist maintains that for certain sections of society, the state has always been a nightmare. “It is likely that a person living in lower Delmas, whose sick relative died for lack of care, finds himself in Barbecue’s speech when he mentions the lack of existing hospitals in the area where he lives. That same person may not be a criminal,” concludes the professor. 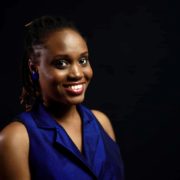