The Ayibopost Editorial Team asked Alain Martin, the director of the upcoming documentary “The Forgotten Occupation” why this film was so important to make. He graced us with an answer that was worth of a post itself. We invite you to read Alain’s take the on the matter…

It is my Director of Photography, Adele Pham, who helped me nail the title for our documentary, the Forgotten Occupation. She and I met for the first at some beer hall and I showed her the clip that an editor and me had managed to put together with the little material we had for the film at the time. Then Adele asked me about theme, and about style, and how I planned to fashion them into the film. I could not answer her, for I did not know. As a fact, when this journey first began, I was always trapped with the question: Alain, why is this film important? The question itself always annoyed me for I thought that learning History is . But I was really annoyed because I truly did not know why I was making the film. Here, I was in violation of one of screenwriting guru Blake Snyder’s golden rules: always know why you are telling a story.

Then came another meeting with Adele and she suggested that I make memory the main theme of the project. That idea did not really connect with me because most of the centenarians I interviewed for the film remembered very little about the Occupation. “So what?” She said. Even better. Then it finally clicked: Haiti’s occupation by the United States of America is hardly remembered, even by those who lived it. Yet, Haiti is largely the way it is today due to precedents put in place by that Occupation. As I plunged myself in researching the documentary, I was coming across some disturbing trends: I could not find any useful documents in Haiti itself to help me tell my story. Calls, emails, Facebook messages to various institutions like “Les Freres de L’instruction Chretiennes”, “L’Archive Nationales D’Haiti”, and a few others yielded very little. But I should note that this was after the earthquake and these institutions, especially the latter, were on shabby conditions.

Then it got worse. Roger Gaillard’s “Les Blancs Debarquent”, the behemoth, work deserving a Pultizer just for significance alone, is all but out of print. It’s a little incredible that Haiti would allow such a work to be unavailable. The National Archives of Haiti has a slew of photographs on the Digital Library of the Caribbean and an impressive collection of Haiti’s extinct newspapers. But the sad truth is, the photographs I found courtesy of the National Archives in Maryland, The University of South Carolina, the Smithsonian and a few private houses that specialize in archives, are much more interesting and revealing in terms of the time period of the Occupation.

Then there is the matter of the Cacos, the armed peasants who resisted the Occupation. The Cacos are not some relics of an ancient past. They were a people in the yesteryears of history, of the twentieth century. They lived well into the 1980’s. They experienced firsthand the horrors of the American occupation, the forced labor, the tortures, and the mass killings. And yet, there does not seem to be a single institution, media or otherwise, who bothered to interview these important people and preserve their stories for the collective memory of the nation: the many radio stations and television stations and newspapers contacted all said they had no such records.

Roger Gaillard conducted extensive interviews with many of these Cacos, former gendarmes and government officials of the time period. When the filmmakers of this project contacted the late historian’s daughter to gain access to these recordings, she sadly informed us that all such records had perished with the earthquake. And so it is that Haiti suffered two fold when hit by the shattering earthquake: it lost countless of its sons and daughters, and it too lost the memories of the ancestors. There is a death of knowledge about the U.S Occupation of Haiti amongst my generation, and that is rather unfortunate.

Questions about Haiti’s miserable conditions are unending. And if my generation comprises the country’s future politicians and advocates, it is imperative that they understand the roots of the nation’s ills. These ills, the chronic international dependency, the deforestation often blamed on the peasants of the country side, the concentration of power and of wealth in , the increasing poverty, they all go back to that forgotten occupation. Inarritu Gonzalez ended his first film, Amorres Perros, with the following quote: ‘…we are also those we have lost.” Yes. We are indeed those we have lost, the many who came before us. We remember Toussaint Louverture, and  Dessalines. But we must also remember Charlemagne Peralte and Benoit Batraville.

Often we speak of the slaves that toiled under the horrid conditions of colonial France and how their suffering did much in building the edifice of our national identity. So too must we speak of the suffering of the thousands that toiled in the forced labor of the U.S Occupation, of those that were tortured in the overpopulated prisons. Nameless. Faceless. We must honor their memories. For they are us and we are them. It is for all these reasons that the Forgotten Occupation is being made. We wish to preserve that memory in the collective mind of Haiti.

The Ayibopost Editorial Team supports this documentary, you can do so too by contributing to their Kickstarter campaingn

Deportations on the Haitian-Dominican Border 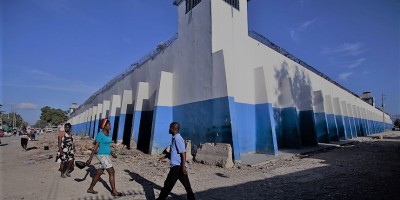 By Ayibopost Team22 heures ago
PODCAST 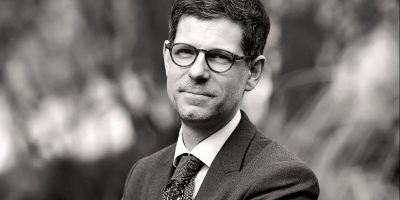 By Jameson Francisque1 jour ago
CULTURE 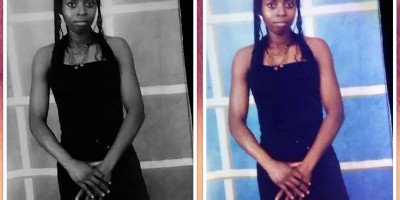 By Laura Louis2 jours ago
AYIBOFANM 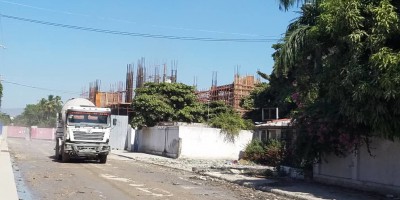 By Samuel Celiné2 jours ago
POLITIQUE 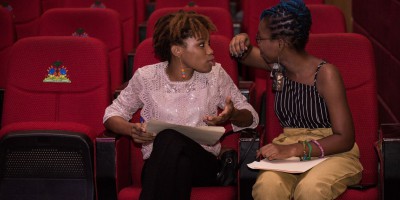 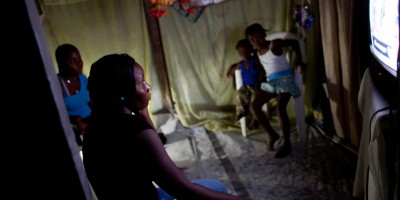