In Vodou, gender roles do not exist. Men and women share the same responsibilities

Marie Modeline Saint-Cloud has never seen a woman become a part of the group of elders in the adventiste de Galaad church, which she has always attended. The elders are the members with the most important roles in the congregation.

The 24-year-old woman admits that she found it strange because it’s practically the only all-male body in the church. “When elections are held to elect the elders, I have never seen a woman stand as a candidate,” she says.

But the assembly has no shortage of capable women. In the absence of a real response from her church’s leadership, Saint-Cloud has come up with her own explanation. She believes that it is women who refuse to nominate themselves because they are afraid of the heavy responsibility of being an elder.

But the truth is quite different: in the churches, the most decisive positions are occupied by men. This is what Amendy Louis, an Adventist theologian, says.

It is a widely held concept among different religions, especially those inspired by Christianity. According to Paul Harrigan, pastor of baptiste de Delmas Béthel Church, that’s what the Bible says. “The Scriptures require that certain responsibilities in an assembly be strictly male. This is not a sexism issue, but of roles,” Harrigan says.

Unlike these religions, Vodou seems to stand out when it comes to the role of women. For its followers, gender does not exist. Men and women share the same roles and responsibilities. According to Raymond Lerebours, houngan, in charge of Lakou Kanga 3 ile, this is because Vodou “is not a religion, but a spirituality.” 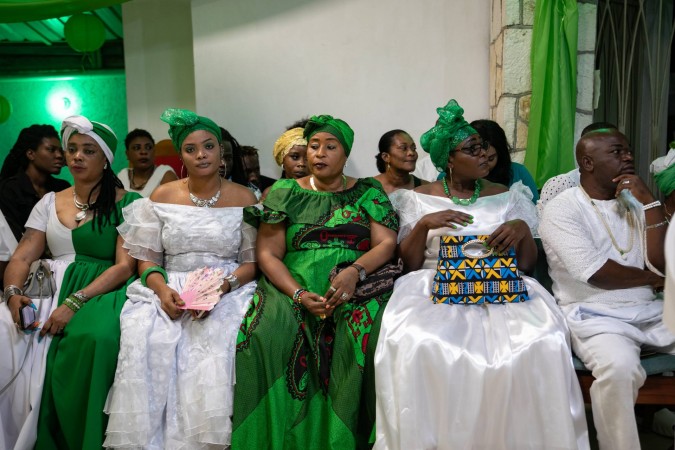 Contrary to the Christian religions established in the country, which extol a single God, Vodou is made up of several deities. Gender equality is first manifested in the sex of these deities.

The spirits are female or male and are equally venerated by followers, depending on the rite they practice. “Vodou is not uniform,” explains Velina Charlier, empress of Lakou Souvnans, one of the three largest Vodou sites in the Artibonite department.

This faith is rich in diversity. The number of loas worshiped is proof of this. Each loa has its own characteristics, but because certain attributes are found in several of them, they are grouped into families or pantheons. Among these spirits, there are goddesses like Erzulie.

A goddess of the Rada pantheon, Erzulie is feminine energy associated with work. “No one knows her completely,” says Souzen Joseph, a journalist, and a person who adheres to Haitian Vodou. Moreover, the loa originally from Dahomey has several personalities that would be the result of their trauma during slavery, based on popular belief. Therefore, today we have several Erzulie. The two best known are Erzulie Freda and Erzulie Dantor.

Alomanja is the name of another powerful female spirit. It is the nago spirit that possessed Dessalines, according to Souzen Joseph. But whether male or female, loas manifest themselves in the bodies of both men and women. This seems to put both genders on an equal footing before the gods. 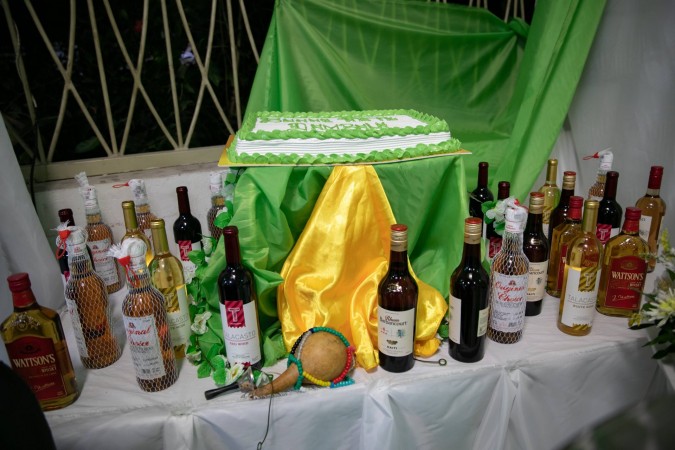 Moreover, the hierarchical structure of most Christian religions can be a barrier to women’s access to the most prominent roles. Within churches, the pastoral group is the most senior group. Adventists and Jehovah’s Witnesses refer to elders, while Baptists and Pentecostals refer to pastors.

These people have the same responsibilities. They are in charge of the services of the church,” explains Paul Harrigan. They work with the church board, are above all other groups, and often make important decisions. Women are absent.

Vodou seems different. Both men and women can become the highest leaders of a lakou. Furthermore, in a lakou, roles are not assigned based on gender.

Since the peristyle is arranged around a leader, the houngan or mambo, there is also a hierarchy. But according to Souzen Joseph, everyone is equal. “Relationships do not imply the presence of subordination, but of being complimentary,” she explains.

For example, the person who leads a lakou is as much a houngan as a hounsi. For he is an insider. “Once one is initiated into a lakou and serves there, when the whole society gathers, all those present are hounsis of the lakou. 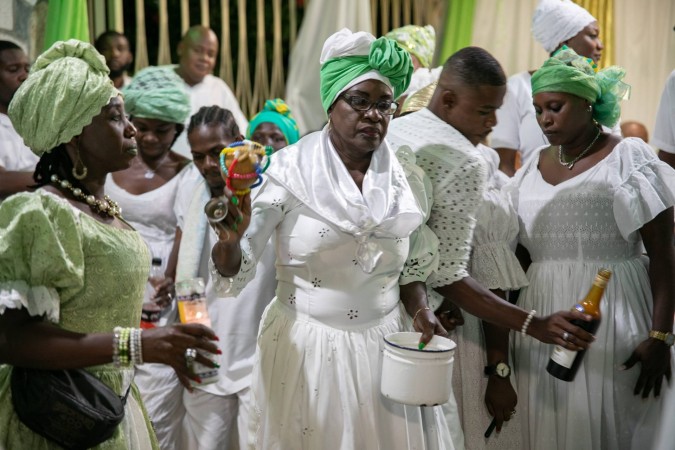 It is the loa who sometimes decides who should be responsible for the lakou. And in these cases, according to Nerlande Auguste, they do not choose based on gender.

Leaders choose who can become an elder in a Christian assembly based on the Bible. Especially since “in 1 Timothy 3 verse 10, Paul says that an elder of the church must be blameless, the husband of one wife,” explains Amendy Louis. In other words, whether she is competent or not, the role of the elder cannot be given to a woman.

Currently, there are no “elder” women in Haiti, according to the theologian. “Adventist worship does allow this, and it is done in other countries. But we are not yet ready to accept it in our country”.

While Louis believes the day will come when Haitian Adventist churches will accept women as leaders, the situation is different on the side of conservative Adventists. Or even Jehovah’s Witnesses. For them, the Bible does not want a woman in the role of a man. Only a few churches, such as the Pentecostals, accept women pastors.

Even though women are not always accepted in the highest positions, this does not mean that within the churches they are totally excluded. Ministries are created for them to serve the needs of the congregation. This includes ministries for women, the family, the youth, and children. They can be in a position of authority in these groups.

For Jehovah’s Witnesses, women can also be preachers, just like men. “We can go and preach to people in their homes as all Jehovah’s witnesses do. That’s enough for me because that’s the place that Jehovah has given us and we must respect it,” says Abigaïlle Belony, who recently moved to the Dominican Republic.

Marie Modeline Saint-Cloud believes that her religion has always recognized her rights as a woman through programs regularly organized in honor of women. But a feminist at heart, she is caught between her desire for gender equality and her faith: “For me, there is no problem being both a Christian and a feminist. But the Bible remains my compass. So, I know I can never defend certain feminist beliefs.”

When it comes to equality, not everything is perfect in Vodou either, despite the notable differences it has with Christian religions. According to Velina Élysée Charlier, some do make distinctions between genders.

That is the case for Raymond Lerebours. For him, some roles are still reserved to a man or to a woman. “The strong man is responsible for the security and the transport of heavy materials, he explains. As for the reception, it is reserved to women, a symbol of beauty in Vodou,” according to the houngan.

But Charlier warns against a desire “to westernize Vodou spirituality”. “They are trying,” she says, “to copy the Christian model by wanting first to establish an Ati (supreme leader in Vodou), then gender roles.”