Precariousness pushes thousands of Haitian parents to entrust their children to reception centers or to have them adopted. Most of these children leave the country without the parents having any way of keeping track of them or of staying in touch.

Many parents do not know how international adoption works. “The Madan Sara (merchant women) are sometimes victims”, says journalist Michel Joseph. “Having no one to look after their children, they [sometimes] entrust them to a nursery so that they can go about their business activities. When they return eight or fifteen days later, they’re told that the child has already been adopted and has traveled”.

In other situations, birth parents fall victim to false promises. “Sometimes, [nurseries, orphanages or foreign missions] promise them a house or money in exchange for the child under the pretense of sponsorship”.

Michel Joseph’s reports on Radio Caraibes have made it possible to link twenty Haitian parents to their children scattered around the world. On March 6, the journalist launched Voie d’Espoir to systematize this work. Documents in hand, several hundred parents have made the trip to start the search for their children who have sometimes disappeared for decades.

Originally from Petit-Goâve, Bernadette Auguste is one of the participating parents. In 2002, she gave birth to Mikerlange Louis-Jean, a girl with round eyes. Since 2005, the 52-year-old shopkeeper has lived with a deep regret. She has not heard from her child whom she only had the chance to cuddle during her first three years.

“After giving birth, I came to live with my sister in Thomassin” says Auguste. “I couldn’t afford to take care of the child. I had lost my husband shortly after she was born.”

Relatives advised Auguste to give the little girl to Yvette Cadet who ran a church in Thomassin 38. “I was told that this lady knew a “White [person]” who wanted to adopt two Haitian children,” she said.

In 2010, during a visit from Yvette Cadet following the earthquake, Auguste received two photos of her daughter, Mikerlange Louis-Jean, who now lives in the United States. The new parents, Bruce and Judy A. Arnett changed the girl’s name as is often the case with international adoptions. Her new name is now Hannah Joy Louis-Jean Arnett.

According to Bernadette Auguste, Yvette Cadet left Haiti permanently with her family. She has always refused to put her in touch with the Arnett family.

Most of the parents interviewed for this piece do not have complete information regarding the orphanage where they entrusted their children. This is the case of Fritzner Louis and Dalida Pierre, a couple married for 12 years.

In June 2010, Dalida Pierre gave birth to Dawensley Pierre. After the child was born, she never saw the father again. Shortly after, she began a relationship with Fritzner Louis. “Dawensley was entrusted to an orphanage at Thomassin 32, in 2011, since he was not doing well and could not be taken care of”, says Dalida Pierre.

When asked about the orphanage and the head of the institution, the couple did not know what to answer. The child was entrusted to the good care of “Madame John” and the main person in charge of the institution was “Miss Magalie” explains Fritzner Louis.

Dawensley Pierre left for France in December 2013. Since then, it has been radio silence. The family has no news.

To try to remedy the situation, Voie d’Espoir intends to use several avenues. “The most important is the name of the biological parents and the original name of the adopted child” says Michel Joseph.

The institution wishes to feed its database with information on biological parents. “We are in contact with adoptee communities outside the country” says Joseph. This database will make it easier for adoptees to search for their biological parents. In one click, they will be able to see if their profiles match the description given by parents already registered on the platform.”

Michel Joseph believes his work’s impact, not funded by any donor, will not be immediate. “Depending on the volume of information collected over time, it will be much easier for adoptees to find biological parents living in Haiti.”

The first adoption law in Haiti dates back to 1974. This text did not consider international adoption. It was amended in 2013 to take this into account. As a consequence, from 1974 to 2013, many children were adopted by foreigners without state authorization. “Most of them were bogus adoptions that could be compared to human trafficking,” says Michel Joseph.

The Institute of Social Welfare and Research (IBESR) is the body that receives adoption candidacy files and fights the illicit trafficking of children in Haiti. According to an official for this state structure that asks for anonymity, national adoption should be privileged. Normally, intercountry adoption is considered as a last resort when no other solution can be found in the country of origin.

The international adopter must provide an identification document, a psychological assessment document, a medical certificate, a criminal record check, a bank statement, a letter of employment and an agreement. A fee of 20,000 gourdes is also required by the adoption service of the IBESR.

However, not all foster homes operate according to the law. In 2018, out of 754 homes hosting children in Haiti, only 202 were accredited. 139 of these homes needed improvement, and 398 were of poor quality. Three of them deserved to be “closed as a priority” due to sexual abuse, and 304 due to physical abuse. 161 centers were not found.

It is often poverty which pushes the families to give their children to nurseries or orphanages. Louista Joseph had to abandon her twins in 2004 at a nursery in Jacquet Toto, a town in Pétion-Ville. This farmer makes a living from agriculture in the city of Les Cayes. She is also a housekeeper at times. 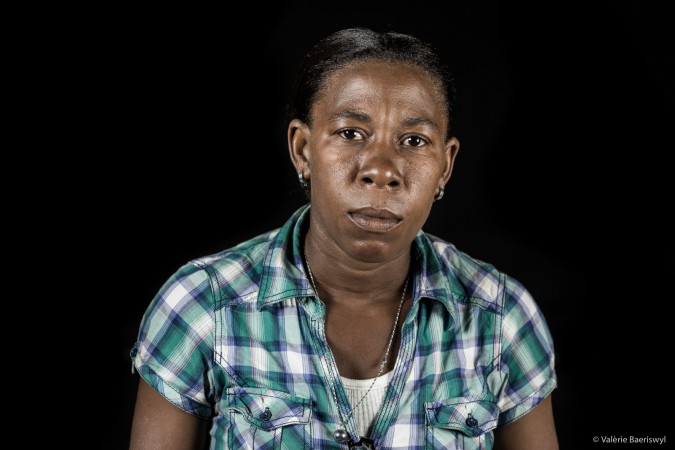 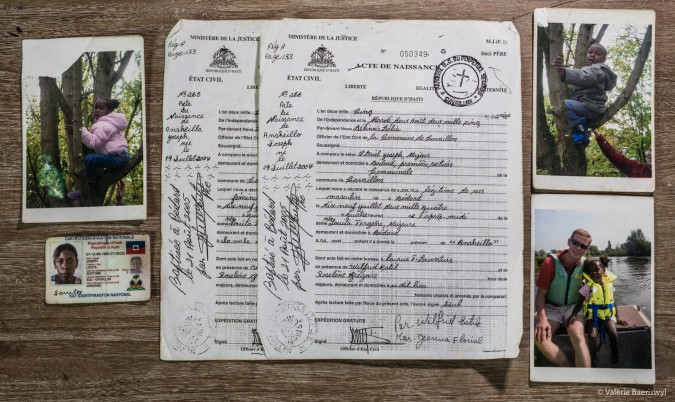 “I didn’t know what to do with the children after their father died. On the advice of my sister-in-law, I placed Anchello and Anchella Joseph in this nursery. A few months later, the children left Haiti and since then I have not received any information,” says Louista Joseph.

Like thousands of other parents, Louista hopes to one day meet her children, in good shape, and most likely already accomplished professionals able to assist her economically.