It is easy to say that Haiti is too deeply entrenched in trouble waters to be preoccupied by racial protests in the United States. After all, Haitians are being murdered by death squads and experiencing police brutality on their own land while the Haitian government remains dishearteningly silent.

Haitians had in many occasions expressed their anger against their government and political establishment and must continue to protest. However, when we, Haitians, voice an outcry for the Black community in the United States, this does not mean that we are treating our issues less importantly than theirs. By doing so, we are also defending Haitian Americans. In fact, Haiti must support the Black Movements globally while advancing its own agenda for the respect of Human rights in the continent because it was founded on the ideals of liberty and equality.

Although such occupation was commercially and racially motivated, it firmly established a bond between black Americans and Haitians and bolstered a “racial solidarity” between them, as J. Michael Dash put it. At that point, the interest of Black Americans for the first Black Republic went beyond its epic victory in 1804 when the country acquired independence with blood: Haiti became a sister nation whose sovereignty had to be protected.

The accounts of four notorious Black American writers, W. E. B. Dubois, James Weldon Johnson, Langston Hughes, and Claude McKay are the epitome of this heighten interest in Haiti in the 1920s until late 1940s. Their thoughts, reports and lectures on Haiti and its importance for Black people were described in several newspapers, including The Crisis, The Nation, The Chicago Defender and Opportunity. These poets, novelists and journalists never missed the opportunity to “trumpet the message of racial solidarity” because they understood the oppression of Haiti as a Black Nation which echoed the oppression of Black American in the United States. Consequently, many Haitian writers, espousing the ideals of liberty, even though as a reaction to the throes of the Occupation, developed friendships with these Black Americans and shared their ideas in books as well as Haitian Newspapers such as La Relève, La Ruche and La Revue Indigène. These Haitian writers were Jean Price Mars, Jacques Roumain, Jean Brierre, René Piquion, Georges Sylvain, Dantès Bellegarde to name but a few.

W.E.B Dubois and the appeal to more sensitivity toward Haitians

William Edward Burghardt Du Bois dit W. E. B. Dubois (1868-1963), an American sociologist and social reformer, was a very strong voice against racism in the United States during the first half of the 20th century, despite not being embraced by fellow sociologists on the basis on his race. He participated in the creation of the National Association for the Advancement of Colored People (NACCP) in 1909 and was the editor of The Crisis magazine. The latter was an important medium in publicizing the events in Haiti during the U.S. Occupation.

One month after the American invasion of Haiti, Du Bois wrote to President Woodrow Wilson and expressed his hope that “the U.S. had no designs on the political independence of the island and no desire to exploit it ruthlessly for the sake of selfish business interests”. Du Bois may have been at first naïve in expecting that its fellow citizen whose army was constituted mostly of segregationist of the South would not have selfish business interests. However, in September 1915, he insisted in an editorial that “Black Americans should be more sensitive to the plight of Haitians”. “It is not time or place for us American negroes who seldom have had courage to fight, to point scornful fingers at our brothers’’ writes Du Bois in The Crisis. The Magazine will later send a special reporter to Haiti, James Weldon Johnson, to investigate reports of injustice. And God knows how much injustice was occurring in occupied Haiti!

James Weldon Johnson and his Dougla-esque relationship with Haiti

James Weldon Johnson (1871-1938) was also a civil rights activist and leader of the NAACP. His poems, novels, and collections of spirituals of Black culture gave him a solid reputation during the Harlem Renaissance, the intellectual, social and artistic movement centered in Harlem, Manhattan (NYC). His reports about Haiti in 1920 were published in The Crisis and The Nation. He saw the Haitian people as “clean, thrifty and hospitable” according to Dash. He regarded the Haitian elite with awe and described them as “educated, cultured and intellectual”. His accounts of the American officers were not so flattering. He described them as “rough, uncouth and uneducated, and a great number from the South”.

By having officers from the South on their land, Haitians had a glimpse of the cruelty and the heinous behaviors of White men who thought that they were superior to the Black man. Dash explains that the racial prejudices of the officers from the South “were an illustration of the unjust and neo-colonial nature of the American presence’’. Had the occupation continued longer, the exacerbation of colorism in the Haitian society, encouraged by its American mastermind, would have been much worse.

To Johnson, Dash writes, the continued presence of Americans during the Occupation “was not part of an idealistic enterprise but the result of a crass commercial exploitation of Haiti…The injustice of the Occupation was both constitutional and racial”. His relationship with Haiti was similar to that of Frederick Douglass. Whereas Johnson’s depiction of Haiti conveyed his admiration for the Haitian elites, Langston Hughes would take a completely different approach to describe Haiti to Black Americans by focusing on a different segment of the Haitian population, the peasantry. 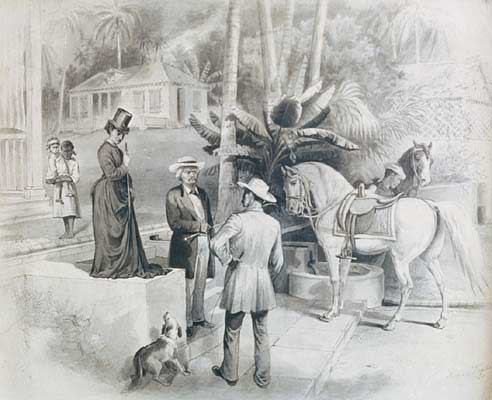 Langston Hughes and the defense of the Haitian peasants

James Mercer Langston Hughes (1902-1967) best known as a leader of the Harlem Renaissance was a poet, social activist, novelist, and playwright. He depicted Black life in America from the twenties through the sixties. Hughes spent three months in Haiti, in Port-au-Prince and Cap-Haitian, and deliberately avoided the elite in the 1930s. Instead of visiting them, Langston dedicated his attentions to the peasants and the urban poor. His reports made him a target for the bourgeoisie, unhappy of his writings. 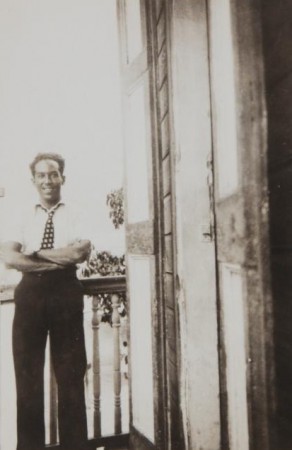 In 1934, Haiti-Journal called him a misguided communist and evaluated his articles as “contempt of the American negro for our elite”. However, when Langston Hughes writes, “All the work that kept Haiti alive, paid the interest on American loans, and enriched foreign traders, was done by people without shoes”, he explained to the American public how the exploitation of the Haitian proletariat had been exacerbated by the American occupation. Frederick Douglass made the same observation more than thirty years before about the Haitian women, “The industry, wealth and prosperity of the country depends largely upon them”.

This was not a secret: the exploitation of Haitian labor was openly orchestrated, large portions of lands were donated to American businessmen for “job creation”. The Americans made sure they selected light-skinned leaders to defend their interests.

Dash reports that “Hughes offers an insight into social stagnation and colour prejudiced dominated by an educated, pampered caste which squandered government money and spent its time writing flowery and high-minded verses. Hugues’ bitterly satirical account of Haiti would both mean for relations between Haitians and Black Americans a more critical outspoken phase and an introduction of militantly radical ideas that would influence younger Haitian writers”.

When Jacques Roumain was imprisoned in 1934, Hughes and Black Americans expressed their sharp criticism against his imprisonment because they supported his nationalist ideals. Hughes published a letter in The Crisis and wrote, “Roumain was one of the very few upper-class Haitians who understands and sympathizes with the plight of the oppressed peasants of his island home”. Likewise, Jacques Roumain saw in Hughes a commitment to the universal struggle of the proletariat. Roumain also examined the phenomenon of lynching in the U.S and the issues affecting Black Americans.

There are so many unknown friendships and acts of advocacy that we have yet to discover. These alliances are still being made. Black Americans’ struggles are part of Haiti’s struggles and the same can be said for the struggles of Black people living in Canada, France, Dominican Republic, Brazil and the Caribbean islands.

Before Langston Hughes came to Haiti, Jean Price Mars was also standing up for the Haitian peasantry, back in 1928. He chastised the elite and centered his first book on peasant culture. For him and others of the indigenous movement, Haiti had to celebrate its African heritage. Hughes’ approach was not new, but had the merit of exposing the situation in the language of the Black Americans so they could understand the exploitation of the masses by the few in Haiti, a problem that is still ongoing in 2020.

Haitians had the misfortune to experience American institutional racism during the U.S occupation. Had Haiti not been an independent nation before the invasion, we could have experienced the same type of institutional racism put in place in the United States which affects education, housing, health services, imprisonment, and financial opportunities.

Matthew J. Smith explains in Red and Black in Haiti, “U.S. control of the customs houses and the institutional racism of the occupiers manifest in the reinstitution of the slavish nineteenth-century corvée work system…”. Migrant Haitians are experiencing racism in the Dominican Republic, in Brazil, in Turks and Caicos, in Bahamas, and other places where economic migration led them. That was not part of the ideals that created Haiti 216 years ago. 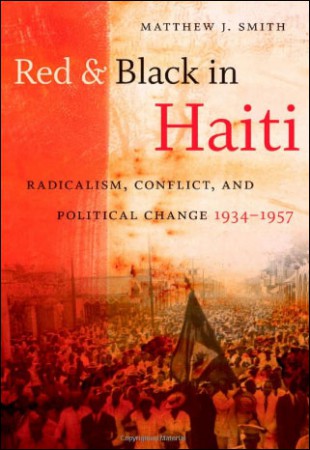 The fratricidal battles among political groups have impeded the development of Haiti which many Black Americans wished to see. They had hope in Haiti’s future to demonstrate that the Black People can be of great endeavor, that Haiti can be a credit to the Black race. Haiti was the “centre of a vortex into which their imaginations would be drawn unresistingly”. Unfortunately, the economic interests of the elite (foreign and native) mixed with internal factions along with the world order in the 19th and 20th centuries, have caused us despair, turmoil, and asphyxiation. But it is not the end. Young Haitians still dream of the Haiti their ancestors have dreamed about. Young Haitians still want to live and work for that dream.

I strongly believe there are more Americans who reckon that Black Lives matter and that systemic racism needs to end. But it is on them to change the laws, to elect the right leaders and policymakers, and to make those changes happened. The United States needs to eliminate racial inequity because it has the means and the human resources to do it.  Likewise, it is on Haitians to fight for justice and end prejudice against our peasants, the poor, and the working class. Even though our struggles are far from being the same with Black Americans: our oppression is the same. The feeling of not being able to breathe is the same.

Haiti and the United States have a shared history. Despite the U.S interference in Haitian politics, our relationship will remain complicated and intertwined due to our leaders and our diaspora. May the movement bring systemic change in the United States, and may it inspire our young activists to constantly and unremittingly ask and fight for change in Haiti because: change is our common dream.

We have lost our African language
You sing in English my dreams and anguish
To the rhythm of your `blues’ dance my old sorrows
And I express your suffering in the French language
– Jean Brierre, Gerbes pour deux amis

This article is named after one of J. Michael Dash’s book chapter, Haiti and the United States. National Stereotypes and the Literary Imagination: “Dreaming the Same Dream: Harlem, Haiti and Racial Solidarity“. Many literary facts reported here are explained fully in Dash’s book. 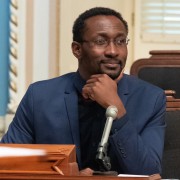 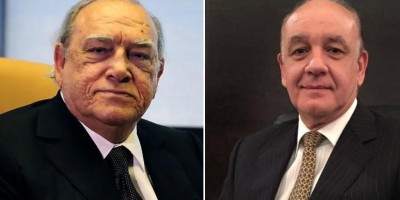 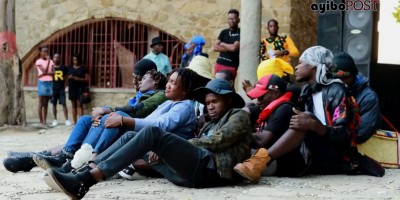 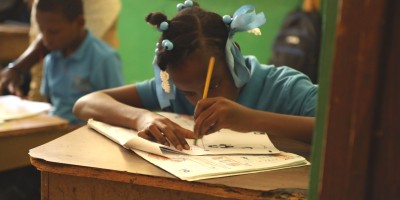 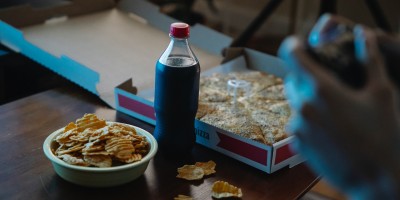 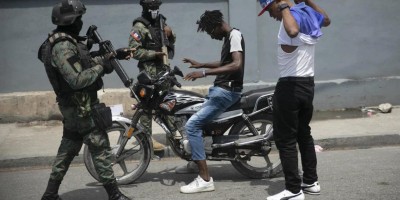 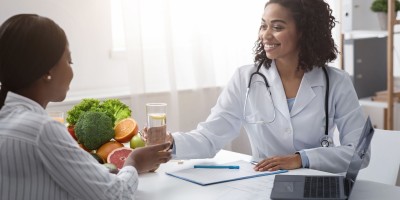