The French vs. Haitian Creole discussion has obsessed many us for decades because it is a pertinent one. There are more than nine million Haitian Creole speakers both in the Caribbean and in the Haitian diaspora communities. Still, Haitian Creole is perceived as an inherently lesser language.

The difference between Haitian Creole and French resides in the social status associated with their respective usage. In Haiti, there is prestige in speaking French, and whether people admit it or not, there is a stigma associated with initiating a first conversation in Creole. There is no doubt that this social conflict can be traced back to Haiti’s colonial heritage. Saint Domingue, the Caribbean French colony bears the same scars as The Central African Republic or The Democratic Republic of Congo, and many other former French colonies. Long after their independence, the elites of these colonies have naturally preserved a strong affiliation to French traditions, notably the French language. Evidently, transculturation and acculturation are ineluctable by products of any form of culture clash. However, in Haiti’s case, though we claim we have been freed of any form of domination or slavery, our people are still trapped, if not physically with chains, but mentally with all sorts of social confines.

In Haiti, though both French and Creole are official languages of the country, there is an unapologetic favoritism towards French. Social scientists refer to this situation as diglossia. Arthur K. Spears who took interest in Haitian culture and language, wrote in The Haitian Creole Language History, Structure, Use and Education:

Haiti is a good example of diglossia, whereby a high language (H) and a low language (L) coexist. H is used largely in government, and other formal domains, those normally requiring literacy. L is spoken by the majority- and often all- of the population. It is mostly restricted to informal interaction and smaller scale undertakings of local scope. With diglossia, there is a functional separation of the languages. H is used for a certain set of purposes and L of its own set of purposes. (9)

Needless to say, education is among the purposes destined for the “H” language, in Haiti. For a very long time, French has been the only language of instruction in a country where 95% of the population is Creole speaking. It’s quite uncharacteristic that most Haitian students are being taught in a foreign language which they first encounter when they enroll in elementary school around five or six years old. Here’s a paradox: French is a foreign language to most Haitians. Yet, it is an official language of the Republic. Michel Degraff, a linguist at MIT, makes an analogy that is quite fitting when referring to the situation of language and education in Haiti: “It’s like a toddler who is forced to start walking with a blindfold.” Have we failed to recognize that this situation has not only created paucities in our education system, but also it has corrupted the very intellect of our people? Who truly benefits from the French traditional education system in a country where majority of the population only speaks the vernacular language, Haitian Creole?
One postcolonial landmark that contributed to the ostracism of the Haitian Creole in the matters of education is the 1860 Concordat with the Vatican. Initially, President Fabre Nicolas Geffrard and the Vatican agreed to the 1860 Concordat, not only as a sign of the Vatican’s recognition of Haiti’s independence, but also, to create relations with the Catholic Church. Most would find it upsetting to tie the fact that Creole has not been implemented as a language of instruction in most schools in Haiti to the 1860 Concordat with the Vatican. Here are the facts: in 1862, the 1860 Concordat was amended, and it allowed the Catholic Church to play a role in secular education in Haiti. About 512 French delegates of the Catholic Church were sent to Haiti to found ecclesiastical seminars and schools. Among these seminars and schools are the brothers of the Holy Ghost, the Sisters of Saint Joseph of Cluny, and the Brothers of the Sacred Heart, amongst others, which founded prestigious schools in the capital, as well as couple primary and secondary schools in the cities of the provinces.

On one hand, it’s important to recognize the positive impact of this initiative in the country, as it promoted quality education. After half century of Haiti’s independence, this initiative represented a significant step in laying the groundwork of the education system in Haiti. Until this day, the legacy left by these congressional schools remains impressive. On the other hand, it’s imperative to admit that this enterprise also presented many flaws, unfortunately. Only a small percent of the population benefited from these congressional schools, mostly the urban the population, and the elites. Secondly, most of the delegates of the Vatican were French speaking, and naturally, their teaching was in French. Evidently, their knowledge could not be easily transmitted to a population whose vernacular language is Creole. This inevitably excluded Creole as part of the education curriculum since then. Furthermore, this resulted in an exceedingly francophile attitudes in the Haitian society, and indirectly or directly sustained the prejudices against the language of the masses.

So, one can only imagine that, for years, the marginalization of the Creole language contributed to widening the gap between social classes in Haiti. Not only the use of Creole was severely frowned upon, but also, it was associated with illiteracy. For a long time, Haitians wrongfully spread the idea that Creole could not be a vehicle for erudition, because it does not possess the criterion of a language. Many linguists would argue instead that Creole is a language of its own, not some sort of corrupted French as many people were brought up to think. In fact, Creole is its own language with its own syntax, its own phonetics, and its own set of rules. Of course, Haitian Creole borrowed many words from French, as it borrowed many words from the language of the Tainos, and some West Africans dialects like Wolof and Gibe. That is only a part of the process of the evolution of any living language. Also, just as any language, it would take efforts to codify, structure, and standardize Creole. The spreading of theses ideas only encouraged the demotion of the vernacular language. As a result, this has put the country in a state of linguistic apartheid that not only divided Haitians, but also had impacted the development of the people and the country in more ways than one could imagine.

Though there were attempts in the 1980’s to promote Haitian Creole as a language of instruction, the education system is yet to reflect it. The 1980’s were known for a series of majors decisive actions took by Haitian officials to endorse Creole. For example, the spelling of Haitian Creole was finally standardized in 1979. In addition, M. Joseph C. Bernard, who was then the minister of education, recommended the Haitian Educational Reform (known as the Bernard Reform- named after its promoter). The reform promoted programs in which Creole would be introduced to schools. Most importantly, Article 5 of the 1987 Constitution introduced Creole as an official language alongside French. All these conditions were to create broader access to basic education in the  language. All the more, the Bernard reform facilitated the inauguration of L’Institut Pédagogique National. (IPN) which mission was to tend to these matters. However, it seems that these projects were prematurely aborted. Had such projects been duly implemented at the time of their inception, they would have provided great returns on investment by today.

If Creole is the first language of the 90–95% of Haitians, why isn’t it one of the main languages of primary education when research shows that mother tongue based education is one of the most important factors in quality education and inclusion? Out of 100 students in Haiti, 60 attend primary school. But, how many of these 60 students, are already fluent in French by the time they reach the bench of primary school, where they are imposed an education in a language that is totally inaccessible to them? Not to mention that, most of the teachers are not fluent in French. Sa rele lave men suye a tè! Could one wrap his head around this idea? Let’s rephrase this. The average Haitian who comes from a family of very humble means, speaks only Creole growing up. Yet, when he or she attends primary school he is taught French grammar, conjugation and other disciplines in French by teachers who barely speak French.

We are often appalled when we see posters and ads on the street of our cities with basic syntactic mistakes and illogical sentences that mix French and Creole. We always point fingers, and often we laugh. But we never take the time to think critically ask why our people cannot express itself coherently whether it be in French or in Creole? The language problem is the blatant evidence of the impaired intellect of the Haitian people, and its failure to development. What promises of sustainable education can one give to the average Haitian student when the education system at large is a farce?

The idea is not to eliminate French from our education system; that would be totally absurd. There is great value in being able to fluently speak and master a language that is widely spoken in the world. The idea is to create an effective and efficient bilingual education system or to teach French as a second language in targeted schools. Also, the goal is to eradicate the discrimination against Haitian Creole and allow students to get educated in their first language in the localities that need it the most, at least. Given the importance of Creole to the Haitian culture, and considering its accessibility to majority of the population, it is axiomatic that Creole should be at least one of the languages of instruction in primary school. UNESCO has been a supporter of bilingual and multilingual education for decades. In the 1950’s, after its inception, the organization has recognized that incorporating the vernacular language in instruction should help tackle the issues of illiteracy in the world. As part of a commitment to UNESCO’s EFA (Education For All) goals, there have been sustainable efforts to enhance multilingual education in regions like Latin America where there are about 557 indigenous languages, or in countries like Papua New Guinea where there are about 800 languages or in Indonesia where there are about 700 languages. In Guatemala, per example, a country where 40% of the population speaks Mayan indigenous languages like Quiche, or Mam, among others, the government support schools that teach classes in these dialects in early grades and teach Spanish later on as the students progress in their studies.

It is not enough that the Constitutions states that Creole is the official language of the country. It’s unnecessary to waste funds in constructing schools, and promoting free education without thoroughly the entire education agenda and taking into account not only the language factor, but also the proper training of the instructors. Haitian Education officials need to consider ongoing initiatives aimed at boosting the quality of teaching and advocating inclusive education. It is time for our officials to think about strategies and to create policies that would finally transform the education system so that it meets the growing demands of a population that avidly seeks knowledge and empowerment. 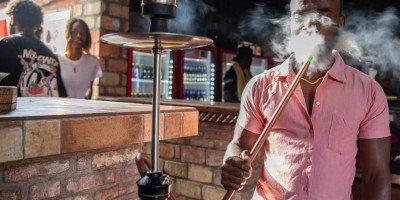 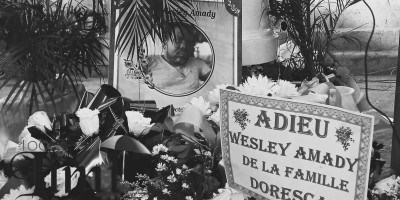 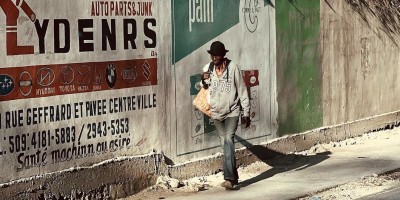 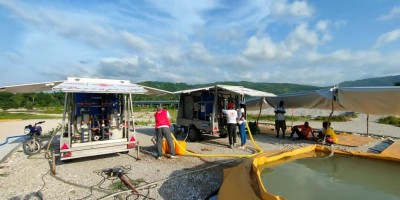 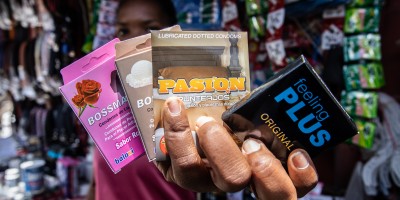