A lot of Dominican women are hired to participate in the shooting of music videos. Valben Valcin, a musician, explains this choice : “The public likes them more”

Thamar and Thamara Valbrun, 29, are two fraternal twins who have been victims of colorism in Haiti, despite themselves. This sociological concept consists of differences in the way people are treated based on the color of their skin. It is different from racism because the difference in treatment occurs between people of the same “race”.

The Valbrun sisters both attended the same elementary and high school. In front of their classmates, they always had to say that they were sisters because their skin color was different. Thamara has a light complexion and brown eyes. She is called a grimèl wherever she goes. Thamar’s complexion is darker.

The question of “color” is sometimes difficult for twins. Since childhood, they are compared to one another, and Thamar is sometimes told that she would be more beautiful if she had the same complexion as her sister.

Skin color is a thorny issue in the country. Jean Saint Fleur, a young 32 year old man, can attest to that. He is originally from the Southeast and comes from a “light-skinned” family. It is even a great point of pride for them. Saint Fleur has darker skin, and for a long time, he felt ugly because of this difference.

“My father never really considered me his child, he says. I have five siblings, and there are tasks they were not assigned. During summer vacations, my sisters had to stay inside so as not to “darken”. It has kept me from fully enjoying my family.”

To feel better about himself and deal with feelings of inferiority the young man often turns to self-mockery and sport. He brings to the fore his white teeth, purple gums, and the muscles he has built over the years. Other young men bleach their skin, to get closer to the “light-skin” ideal.

At the time of colonization, there was already a separation between slaves of lighter complexion and those of darker complexion. The anthropologist Emmanuel Stéphane Laurent reminds us that those who fell under the first category were considered superior to the others and were more likely to be assigned domestic work.

“Color discrimination in Haiti is obvious to any observer. It is a demonstration of colonial racism. Blacks are seen as inferior to Whites, and people are given nicknames based on their skin tone. This is where the concept of “blan” for people of lighter complexion comes from.”

According to Emmanuel Stéphane Laurent, it is because the notion of color is associated with social class in Haiti, that colorism still exists.

“Even today, in election speeches, we find references to social conflicts, related to the color issue,” he explains.

He points out that political actors often use their skin color to legitimize their candidacy. Such was the example of François Duvalier, who used it as a weapon.

The same problems remained as a legacy more than 200 years later. Music, especially Konpa, is one of the sectors that exposes the practices of colorism in Haiti. According to some spectators, music videos rarely show women with a darker complexion and kinky hair.

Nowadays, it is even more obvious that most Konpa videos seem to be shot abroad. Many Dominican women are hired to participate in the filming. Valben Valcin, musician, and singer-songwriter, justifies this choice. “The public likes them more,” he explains.

Claude Leriche, a great fan of Konpa, admits that this is a long-standing phenomenon. He owns a bar on rue Capois in Port-au-Prince and collects plates from bands of the 1980s and 1990s.

According to this fan of Haitian music, when women are shown in music videos, it is often an ideal, and it does not illustrate the reality of the country.

“When you watch the music videos of Tantann, Alan Cavé, Daan Junior… There isn’t really a portrait of the Haitian woman, with whom most Haitians will get into a relationship. Not to mention that these men were the sex symbol of Haitian women at that time.”

According to Claude Leriche, musicians and producers are not the only ones concerned; the public is also responsible for this culture of “light-skin”. For example, Emilie Saint Fort, who is in second grade, says that T-Joe the singer is a handsome boy. “He is pretty, he has a nice color and beautiful hair,” justifies the schoolgirl.

Jean Laurent Lerisson, urbanist, fan of Konpa, is more reserved when it comes to the question of color in this musical style. According to him, there does not seem to be an intentional over-representation of women with a lighter complexion. However, he believes that this music is, by its urban origin, linked to a particular class of consumers.

“For a while, it was lounge music with a specific type of fans. As the music of the elite, it visually represents the members of this class. Today, this is changing. The urbanization of the country is evolving, and there are more and more musical rhythms, including hip-hop, that visually represent those who produce them.”

It is not only in the Konpa that the focus is on performers of lighter complexion. In Haiti, women with kinky hair or dreadlocks rarely appear in advertisements.

Thamar Valbrun says she has long dreamt of looking like a woman who appeared in a commercial for a champagne brand in the 2000s. “She had long and beautiful hair. She had nice skin.”

Some commercials promote a lighter complexion as a characteristic of beauty and good health. An advertisement for a skin-lightening product that is commonly broadcast on several television channels, compares the actress’ skin to a peach, a fruit with a light brown peel.

Like Konpa, the advertising industry has long been run by elite entrepreneurs who imitated foreign advertisements. Today, the tendency is slowly changing, as evidenced by the large number of advertisements for new products, performed with actors whose complexion is more representative of the country.

Being of lighter complexion in Haiti has its advantages. In addition to the psychological problems this can cause, it is also a reason for healthy young women to alter their natural pigmentation.

Thamar Valbrun notes that the pictures on the bottles of lightening products mostly show women. This implies that it is a product primarily aimed at that audience.

Some men who are of darker complexion insist that they don’t want to date a woman of their complexion. This has already happened to one of the Valbrun sisters.

“At our church, a young man I liked started courting my sister. I was disappointed and angry at the same time,” says Thamar Valbrun. When she asked him what her sister had more than her, his response alluded to her complexion.

Her twin sister, Thamara Valbrun, confirms that she has privileges. “People are nicer to me. Sometimes men give me expensive gifts.”

But sometimes she feels like she is just an award for men who don’t hesitate to take her out to show her off, as they would do with a piece of clothing. “Once, in a fit of jealousy, my boyfriend confessed to me that he wouldn’t let another man take his grimèl. In his eyes, I wasn’t even a human being,” she remembers. 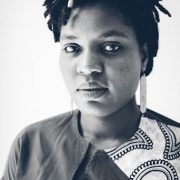 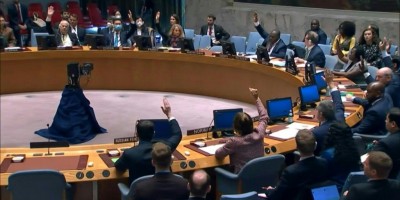