“Unfortunately, we have not yet learned to appreciate what is done at home,” laments the director of Caribbean Craft

Haitian crafts are losing time, so many are the opportunities internationally. This is what Magalie Noel Dresse, director of Caribbean Craft, thinks. This company has been involved in Haitian crafts for over twenty years and exports them to other parts of the world.

The choice to focus exclusively on the international market was well thought out, says Magalie Noel Dresse. “Unfortunately, we have yet to learn to appreciate what we do at home, she laments. But when we export and the whole world raves about what we do, then the movement can be followed here too.” 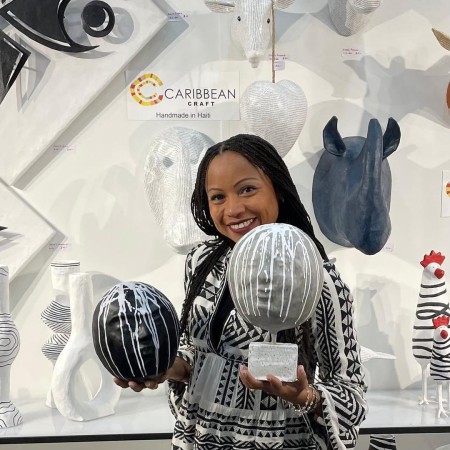 Another reason for this choice is international demand, which is thirsty for handmade products as well as recycled products, according to Magalie Noel Dresse. “We have therefore entered this movement, continues the director. We recycle paper, metal, etc., to defend our place, Haiti’s market share, in this large international market.”

According to Dresse, the needs of the international market would be enough to give work to hundreds of people in the country. “It is easy to recruit. Haitians like to work with their hands and hate repetitive and mundane tasks. If tomorrow I need 3,000 employees, I will find them. But alas, my efforts do not yet allow me to employ this number of salaried workers”, she explains.

This company has been involved in Haitian crafts for over twenty years.

Especially since offering work in the craft industry must be accompanied by a process of personal development on the part of the employee. “We are always looking for ways to improve their condition. For example, when I realized that there were people among us who could not read or write, we immediately formed partnerships to teach them.”

Caribbean Craft has suffered wrongs that some thought it would never recover from. At the height of the protests against the late President Jovenel Moïse in 2019, the company’s warehouse caught fire after protesters attempted to burn down another business nearby.

US$150,000 worth of finished products, waiting to be exported, went up in smoke. Promises by the authorities to support the company, one of the largest in the sector, have not been followed by concrete action.

Caribbean Craft has suffered wrongs that some thought it would never recover from.

Thanks to international partners, the company is now getting back on its feet, to the delight of its employees. “Because of the insecurity and unrest, the company had a difficult time and layoffs. Customers were placing fewer orders. But we live on these orders”, explains Mackenson Antoine.

Antoine is the supervisor of the company’s “assembly” section at one of its locations near the airport. Like many other employees, he has been working there for years. “I joined the company in 2008, and have grown as I’ve gone along, working my way up the ladder”, she says.

Each finished product goes through a series of steps before it is ready for its owner, the person who placed the order. The assembly stage is preceded by modeling and followed by a repair session to remove imperfections and add paint if necessary.

Thanks to international partners, the company is now getting back on its feet.

Marie-Jeanne Momplaisir has been working at Caribbean Craft even longer than Mackenson Antoine. This mother of two has been caring for her family through crafts for the past 26 years. She works in the papier mâché section. For Momplaisir, the uncertainty of insecurity is the main obstacle to her work. “Sometimes an order is finished, but it can’t be delivered, or worse, there are no orders at all, which leaves us stuck at home.”

Magalie Noel Dresse faces this insecurity with pragmatism if she cannot avoid it. “I have had to open parallel offices because I can’t take the same route every day”, she explains.

But the future of Caribbean Craft is uncertain if nothing changes. “This is the first time I’ve put a question mark on the future, she says. We must think outside of the box to keep going. When we can’t deliver an order on time, the customer cancels it. And all the money spent to produce it becomes a loss.”

The future of Caribbean Craft is uncertain if nothing changes.

Whatever the case, Magalie Noel Dresse tries to believe in a better tomorrow, and this is what keeps her going: “We must think of other strategies, for example, collaborating with other companies in the sector, to export our products together. If we remain isolated, we will never be able to win the market share that Haiti deserves, as this requires significant investment.”

According to data from the OEC, Haiti exported more than US$650,000 worth of arts and crafts products in 2020. In 2019, according to figures from this organization which observes world trade, these exports reached more than US$880,000. More recent figures are not available to observe the supply curve of the country’s crafts at the international level. 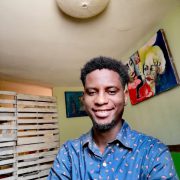