“Madan Gougous” rice should inundate the Haitian market. Officials in charge of cultivation matters at the Ministry of Agriculture say they think the “Madan Gougous” rice variety may still exist, while according to multiple farmers interviewed, it has long disappeared from the country

On Wednesday, April 21, I was at “Mache Solomon” in midtown Port-au-Prince. This outdoor market welcomes many people from the community, especially those who have stopped going downtown due to the insecurity that has been hanging over the area for some time now.

It was in this busy ambience, in the midst of noisy wandering merchants, some speaking ill of customers who offered to buy at bad prices, that I met Idamène Jean Louis, a local rice merchant. He explained that “Madan Gougous” rice is no longer available. “”Shella” rice is now supposed to replace “Madan Gougous” because we lost that rice a long time ago”. All that was good in this country is now gone.

Idamène Jean Louis is not the only one to share this opinion. Another local rice merchant who was sitting next to him started to pour out his heart regarding the matter without having to be asked. “Sir, we are telling you that there is no more “Madan Gougous” rice. Even in the downtown marketplace, where we buy wholesale, they never have it. If you think they have it, then try to enter the market and ask for it”.

When I entered the market, these new vendors’ words mirrored what was being said by the merchants sitting outside. They admitted that this rice had disappeared long ago, and they did not know the reason behind it. Nevertheless, some people have not stopped telling everyone who have ears to hear that they bought “Madan Gougous” rice at the market.

In August 2019, there was a Facebook page called Haiti Connections who used to advertise “Madan Gougous” rice for sale. This business owner established himself in Chile. Similarly as the “Madan Gougous” rice that Haiti used to produce, the rice was presented as a yellow rice in a small transparent bag. According to the comments, the 10-pound bag sold for $15,000 Chilean pesos.

A variety of rice that has disappeared

Jean Fritzner Clervéus is the agronomist in charge of the Plant Protection Office of the country’s Ministry of Agriculture. He led us to understand that it was an agronomist named Gustave Menager who first came up with the crossbreed that became “Madan Gougous” rice. It is also called “Yasmine” rice. “He had a nickname in the Artibonite plains, where he was called Agronomist Gougous.” But I do not remember in what year the crossbreeding that yielded this rice took place because this type of knowledge is never written. Rather, it is something that is passed down from one generation to the next.

Agronomist Clervéus is one of those who say he bought “Madan Gougous” rice sold at the market. “I would never have believed it. But there are a few places that sell it. That is why I think this variety of rice still exists.”

The plant’s production manager gives a different reasoning behind this disappearance compared to what Latibonite farmers have to say. According to him, the problem with this rice is that it is reputed to be extinct because it is being destroyed by pests.

“There was a disease called black straw that ravaged “Madan Gougous” and “Lakrèt” rice fields”. Even the “Lakrèt” rice was hard to find for a time. It is as a result of this disease that the farmers came up with the TCS rice, but the disease did not spread throughout the whole Artibonite plains. “There were “Madan Gougous” rice fields elsewhere, which is why I think it may still exist”.

Yet, the inhabitants and great planters of the lower Artibonite say that the “Madan Gougous” variety has long disappeared. “There is no more “Madan Gougous”. Anyone or any farmer who tells you they have it are not telling the truth. No Artibonite farmers would tell you that either” said Hector Jean Louis, a large rice farmer in the Petite Rivière of Artibonite River.

“When the hurricane passed, it flooded every field. Thus, all the rice plantations that were being cultivated were lost. This made it impossible for “Madan Gougous“ and “Lakrèt” to grow. Since then, the country has lost the “Madan Gougous” rice crossbreed. Even the “Lakrèt” that exists now is not the right variety. Now there is more “Shella” and “Chèlda” rice and they are appreciated by people because they are light in their mouths when eaten”.

Some are saying “Madan Gougous” is produced in Les Cayes

Limage Rouseline is an inhabitant of Artibonite in a commune called Lester. She denies allegations that ‘Madan Gougous’ rice is being produced and that it comes from the Artibonite area.

According to her, this rice came from the city of Les Cayes. “It’s been a few years since I’ve been in the Gélée area in Les Cayes, and saw a large rice plantation. When I asked what rice it was, they told  me it was “Madan Gougous” rice”.

That statement made me travel to the Southern department to go see how that could be. In a conversation with Wenchel Jean Baptispte, a professional from the southern region who consumes a lot of local rice, he said he has never heard of “Madan Gougous”  being promoted by farmers in Les Cayes. “There is no such thing”. On the contrary it is “Shella” rice and a rice called “M8” that the inhabitants produce in Les Cayes”.

Aurel Francisque is 87 years old. He says that since he was born he has been working in the rice business. He is one of those people who has rice mills and machines to remove stones from the rice from the time it is being prepared. “We also grow other varieties of rice. There is a variety called “Pwosèkat”, but it is not in high demand. “Madan Gougous” disappeared a long time ago. If there is one circulating, know it is a fake”, he adds.

According to agronomist Jean Fritzner Clervéus, there are almost 20 types of rice made in Haiti. “Over a period of time, I worked on 10 different types of rice” said the plant protection officer at the Ministry of Agriculture. However, not all of these rice varieties are widely grown throughout the country.

“Madan Gougous” rice is one of the foods produced by Haiti that has made its mark both inside and outside the country. “Many places in the world have loved this rice. It was a rice that was expensive but very good” said Hector Jean Louis, a great farmer from Artibonite.

Despite the fact that great farmers of rice in Haiti said it has disappeared, “Madan Gougous” remains a name recognized in many other countries. That is why this rice’s name is the trademark of many enterprises. For example, a simple online search shows that there is a company in Thailand that sells food under the name “Madan Gougous”.

According to Hector Jean Louis, there are companies bearing the same name that are located in China, the Dominican Republic and the United States. “I spent almost 20 years living in the United States, I saw and ate a “Madan Gougous” rice that they sell,  but it has nothing to do with the “Madan Gougous” rice I knew in Haiti” he says. Now he has decided to return to the rice business since coming back to live in the country.

According to the officials of the Ministry of Agriculture, Shella rice is a rice that contains a wide range of secrets. “Many farmers refuse to share the full recipe on how to prepare it. There is always something to hide. Even agronomists who know do not agree to share it” said Jean Fritzner Clervéus. Agronomist Clervéus estimates that the same variety of rice can produce two different colors and flavors. “There is a white “Shella” and a yellow one. It is the farmers’ craft, so they know it best”.

For Hector Jean Louis, a farmer, “Shella” rice is nothing complicated. “When people buy the same rice straw, they prepare it themselves. It is soaked in a tub of water, then removed and washed. The transformation process for Shella yellow rice does not stop there, because after they place the rice in a sheet metal drum to boil it. They then add salt and dry it well before sending it to the mill” he explains. 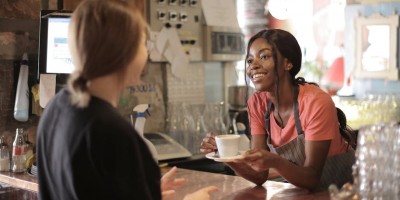