The kidnapping of Ambassador Knox and Consul Christensen was considered the first kidnapping in Haiti. The dictatorial Duvalier regime gave in and accepted to negotiate with the kidnappers

On January 23, 1973, about two years after the death of dictator François Duvalier, an intervention like no other was carried out in Haiti. This time, it was not a violent intervention by tontons macoutes on citizens haunted by the fear of imprisonment, torture, or death but rather by political activists seeking the liberation of political prisoners.

The American Ambassador at the time, Clinton Knox and the American Consul General Ward Christensen were the main victims that day. As he left the American Embassy, alone in his vehicle to return to his home in Bourdon (a neighborhood in Port-au-Prince near Petion-Ville), Clinton Knox was kidnapped and confined in his own home by three armed individuals, including a woman. 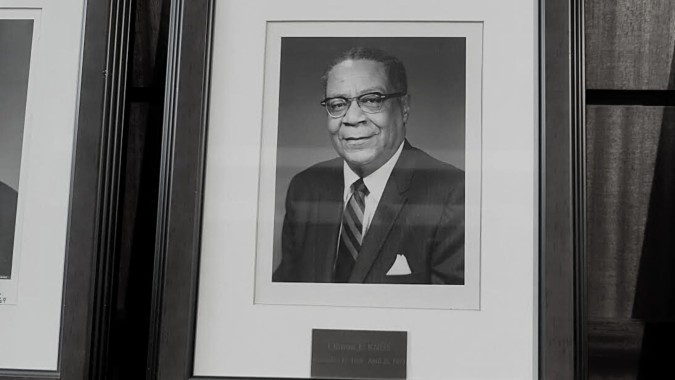 The former American Ambassador at the time, Clinton Knox

His friend Ward Christensen was also ambushed while visiting him. The two diplomats were taken hostage by the kidnappers to force Jean-Claude Duvalier to comply with their request.

Clinton Knox was kidnapped and confined in his own home by three armed individuals, including a woman.

“They requested a ransom of 500,000 U.S. dollars, the release of 31 political prisoners and a plane to ensure their escape to Mexico,” explains the Haitian director and producer, Rachèle Magloire, who wants to make a documentary on these events.

Read also: King Charles III was involved in the failed reconstruction of Port-au-Prince

“The names of the people who committed this act have never been revealed. The clandestine battles of the time were carried out discreetly, in the face of the tontons macoutes who formed the pro-government militia,” notes Magloire.

The news of the kidnapping of the diplomats made headlines in Port-au-Prince. For the first time, the dictatorial Duvalier regime gave in and agreed to negotiate in order to avoid any bloodshed.

The kidnappers’ request exposed the government which, a few months before the kidnapping, through the then Minister of the Interior, Luckner Cambronne, affirmed in Washington that there were no political prisoners in Haiti.

The two diplomats were taken hostage by the kidnappers to force Jean-Claude Duvalier to comply with their request.

The kidnapping of Ambassador Knox and Consul Christensen was considered the first kidnapping in Haiti. “It was also a way to denounce the United States’ support of the government in power. The American Embassy has always enjoyed a great influence on political decisions in Haiti,” adds the director.

Read also: Perspective | The bloody and ongoing fight of Haitians to maintain their independence

This is why the kidnappers chose to hold diplomats hostage instead of a minister or a member of the government. “The leaders are less sensitive to the plight of Haitians or the general population. The kidnapping of diplomats offered much more of a guarantee in the eyes of the kidnappers,” believes Rachèle Magloire.

The French Ambassador, Bernard Dorin, who was assigned to act as mediator, facilitated negotiations between the government and the kidnappers. After the official announcement of the kidnapping by the Minister of Information, Fritz Cinéas, the government kept a low profile. It even ordered the withdrawal of the country’s security forces from the case.

The kidnapping of Ambassador Knox and Consul Christensen was considered the first kidnapping in Haiti.

The French diplomat seemed credible to the kidnappers to facilitate the process. Moreover, the ambassador had made a public commitment to prove his good faith.

After the negotiations, the Haitian state agreed to pay the kidnappers 70,000 U.S. dollars, to order the release of 12 political prisoners and to provide them with a plane from Air Haiti to fly to Mexico.

Thus, on the morning of January 24, 1973, the French ambassador went on site to free the two Americans. The diplomat’s vehicle and that of the Mexican ambassador formed a convoy at the disposal of the kidnappers, to transport them to the François Duvalier International Airport.

The French diplomat seemed credible to the kidnappers to facilitate the process.

The kidnapping of the two diplomats was considered by the ruling government an act of terrorism organized by a handful of communists. At the time, being a communist was a crime punishable by death. “In 1969, Duvalier even passed a law against communists,” says Rachèle Magloire.

Under this accusation of communism, the totalitarian regime established by the Duvaliers repressed anyone they considered a potential threat. The country was emptied of its most important elements in the late 1960s, and it was also during this period that left the first Haitian boat people seen on the Florida coast.

The government executed or exiled parliamentarians, priests, politicians, military personnel, and professionals of all kinds as part of its policy of exterminating communists. All of this with the support of the United States of America, which was overwhelmed by the fear of having a second Cuba in the Caribbean. It is for  this reason that different American presidents supported the dictatorship or adopted a non-interventionist attitude towards it.

The kidnapping of the two diplomats was considered by the ruling government an act of terrorism organized by a handful of communists.

After the kidnapping, the Duvalier regime adopted measures to reinforce the protection of members of the government and the diplomatic corps. Meanwhile, the freed political prisoners were taken by Brigadier General Breton Claude to the airport to fly to Mexico with the kidnappers.

Some of them had been imprisoned for years in the triangle of death, the name given to the network of cruel prisons (Fort Dimanche; Caserne Dessalines; la cellule carré politique au Pénitencier national) where political prisoners were held. The acts committed against political prisoners at the time reveal much about the injustice of the prison system under Duvalier.

After the kidnapping, the Duvalier regime adopted measures to reinforce the protection of members of the government and the diplomatic corps.

AyiboPOST tried in vain to contact Elisabeth Philibert, who was among the freed political activists and who currently lives in Canada.  She and her husband Joseph Rodney, secretary general of the Parti Unifié des communistes haïtiens (PUCH), were arrested in 1969 during an intervention conducted by the military in a house where party members were meeting.

At the time, Philibert was carrying a child. After giving birth in August of that year, she spent two years with her baby in the national penitentiary before the child was released and given to her grandmother in 1971, before Jean-Claude Duvalier came into power. Such is, in part, the narrative of a text she published in 2019.

According to different testimonies, most of the released prisoners did not want to go to Mexico. They preferred to stay in the country. However, they had no choice because in the agreement with the authorities, the kidnappers had requested that they all go to Mexico together.

The kidnappers had requested that they all go to Mexico together.

According to Rachèle Magloire, some left Mexico soon after to settle in Chile and Cuba. “Others returned to Haiti to visit their families, but they always kept their silence,” she says.

This commando intervention against the foreign diplomats was carried out by brave men, but they feared for their lives. “They did not want to stay in the country for fear of being killed or pursued soon after. The perpetrators were also trying to keep their names out of the news, for fear of U.S. sanctions, or being categorized as communists,” explains Magloire.