“Some people go through a person close to the Director General of Customs to get the certificate of approval for $8,000” says a broker

During the month of July, Gina Jean Louis Rolls’ name made the news as the broker in charge of the container clearance process for the Episcopal Church of Haiti. She was arrested by the Haitian National Police (PNH) because the shipments she was responsible for contained firearms and ammunition. This case shines a light on the profession of a customs broker, which is not well known in Haiti.

According to Article 269 of Haitian customs law, a customs agent is someone who carries out for others the customs formalities of declaration, verification, clearance, transit, storage, export, or reshipment of goods. It is different from the customs agent who is in charge of supervising and verifying cargoes on behalf of the government. There are 278 customs agents active throughout the country. They are mainly based in Cap-Haitien and Port-Au-Prince.

But in recent years, the number of customs agents acting as brokers has increased. They sign the papers and represent the clients, instead of a licensed broker, becoming judge and jury. This results in a loss of revenue for the government, as shipment controls suffer.

A memorandum from the General Administration of Customs (ADG) dated July 15, 2022, obtained confidentially by AyiboPost, addresses to this illegal practice.

“The Directorate General of the General Administration of Customs reminds employees that they are formally prohibited from practicing the profession of a customs broker with their status,” reads the document, which threatens disciplinary action against violators.

This reminder follows a meeting with licensed customs brokers who complained about the number of customs agents practicing their profession.

In Haiti, only brokers who meet the requirements set by law are authorized to perform a customs clearance process on behalf of a client. Usually, the broker must undergo a two-year training and pass an examination prepared by the AGD according to the requirements of the customs code, published in the decree of September 29, 2005.

The examination covers customs clearance techniques, customs legislation, and related laws. Successful completion of the exam is rewarded with a certificate issued by the General Customs Administration.

According to Laury-Sandry Joseph, a specialist in customs law, the broker who wants to obtain his certificate of approval must hold a notarial deed of his public residence, signed by five duly identified persons, owners, or a person practicing a profession in Haiti. In addition, he must submit an excerpt of his criminal record and a work certificate from his last employer.

For more than five years, this examination has never taken place, according to a licensed broker who requests anonymity for security reasons. “People go through a third party close to the director general of customs to obtain the certificate of approval for $8,000,” he confides.

When asked about these allegations, the AGD deputy secretary general, Clifford St. Jean refuted such practices.

Brokers work by category and must pay a deposit to the public treasury to be authorized to practice the trade in the chosen category, says Laury-Sandry Joseph. In the first category, the broker pays a deposit of 50,000 gourdes, which allows him to complete customs formalities whose customs value does not exceed 1 million gourdes.

“For the second category, says the specialist, the broker makes a deposit of 100,000 gourdes in the public treasury, enabling him to complete customs formalities, regardless of the customs value of the cargo.”

Customs has always been an institution suspected of corruption. One customs officer, who requested anonymity for fear of being fired, said that officers are sometimes bribed by brokers to facilitate the process of checking their cargo.

The broker interviewed by AyiboPost explained that nothing is done for free at customs. “To know if the file is admissible in the customs clearance process, you must pay money to an inspector. The same goes for ensuring that it is processed in a timely manner,” reveals the licensed broker.

The assistant secretary general of the AGD is aware of these practices in the system. But Clifford St. Jean relies on the conscience of customs officers.

Since 2010, the device that scans shipments received at the Port-au-Prince customs is dysfunctional, says Saint-Jean. Despite its importance in the process, nothing has been done by the AGD to make it operational again. “Since the scanner is no longer working, customs officers are working much harder and sometimes the results of this work is not sufficient,” he explains.

The container verification service sometimes takes place at the warehouse of certain companies, confides the customs officer interviewed. This process is called the green circuit and is usually assigned to big companies in Haiti.

“This practice limits the interventions of customs officers during inspections. They are sometimes paid off by companies that have benefited from the green circuit, which often chooses the containers not to control during home inspections,” adds our source, who is aware of these practices.

According to Article 10 of the decree of September 29, 2005, the broker and his representatives are civilly and criminally liable to Customs for all actions taken in the exercise of their duties.

It is under this law that the PNH proceeded to arrest Gina Jean Louis Rolls, although she stated that she is not responsible for the shipments received since she only does administrative and professional work. 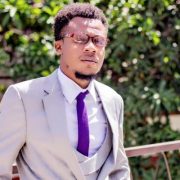 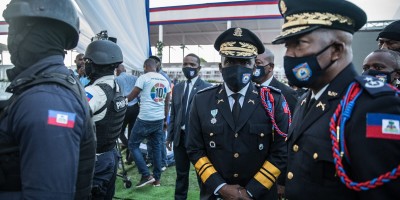 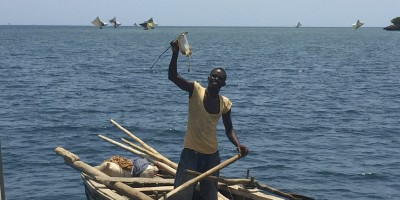