Gradually, the arabica typica gives way to more resistant varieties such as catigua and blue mountain

Arabica typica is dying. This local coffee that dates back to the colonial period has won over Japan and enjoyed a solid international reputation. “It’s a quality coffee that stands out for its flavor and aroma”, reports agronomist Jean Fritzner Clervéus.

However, two plagues have affected the country’s coffee plants and endangered the arabica typica. In the 1980’s, the insect pest called bark beetle severely devastated crops. Then, another disease called orange rust destroyed 80% of the remaining coffee in Haiti in 2012.

These attacks, coupled with the fall in prices on the international market in the 1990’s and the abandonment of the sector by the state, contributed not only to a gradual decline in production, but also in the reduction of the number of traditional private coffee exporters. “On a total of thirty, there were only two left after 2004: Café Selecto and Rebo” informs Douglas Wiener, Marketing Director of Café Selecto.

Also, the arabica typica seems doomed to a tragic fate. “Since it cannot resist the disease, we are witnessing its slow and gradual disappearance as it makes room for other more resistant varieties”, reports agronomist Jean Fritzner Clervéus, head of plant production at Ministry of Agriculture, Natural Resources and Rural Development (MARNDR).

Two coffee plants flourish with ease in Haiti’s heatwaves. “The catigua and the blue mountain were introduced in the country because they are much more resistant varieties”, informs Douglas Wiener, who works at the family business Geo Wiener SA / Selecto.

Importing more resistant species will not completely eradicate the arabica typica, which is one of the “most protected coffee varieties in Haiti” according to Wiener. In addition, the typica has developed adaptive capacities towards diseases, believes agronomist Emmanuel Jean-Louis, head of plant production in the North at MARNDR.

We must go back to 1726 to mark the introduction of coffee in Santo Domingo. A few years later, the black product had expanded in the colony along with sugar cane. Haiti was therefore the first exporter of coffee in the world.

“It was a coffee production under the sun”, says Douglas Wiener, member of the board of directors of the National Coffee Institute of Haiti (INCAH). The areas were cleared for cultivation and the plantations lasted only a decade, before migrating to other soils [more] suitable for production.

Habitation Dion, located not far from Cabaret, is the perfect example of what Douglas Wiener describes. This plantation estimated at nearly 4,200 square meters is one of the most relevant vestiges of the colonial coffee establishments identified in the country at the top of the Matheux range.

This mode of production inherited from the colonists did not survive after Haiti’s independence in 1804. “Most of the Africans who came to the colony knew how to grow coffee according to African customs” says Wiener. “They proceeded to cultivate in the shade. And therefore, colonial coffee made in full sun will be abandoned”.

Since then, the very large coffee plantations have disappeared in Haiti to make way for a more sporadic culture where farmers grow their coffee trees around their homes. An INCAH estimate counts nearly 250,000 Haitian families grouped together in association for the production of coffee on their plot of land. 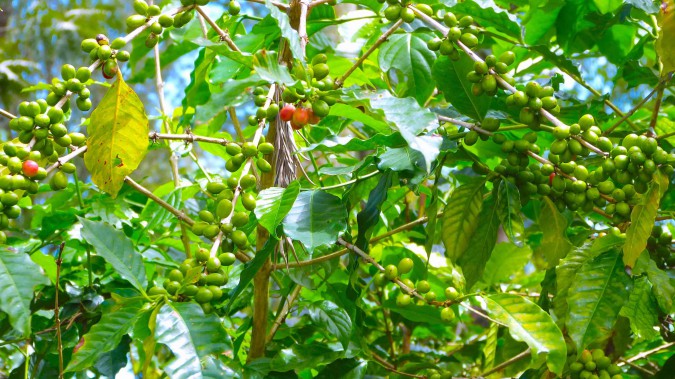 The decline of the arabica typica

Until 2012, arabica typica reigned supreme as the only variety of coffee produced in Haiti. Japan imports nearly five million bags of coffee a year and this country places the one produced in Haiti among the best, reveals Marcel Duret, a former Haitian ambassador to the great empire.

Under Duvalier, the coffee will be overwhelmed. With the cultural control tools imposed by the dictatorship which implied brutality from the macoutes, revenue from coffee will mainly finance the construction of the SONAPI industrial park and the François Duvalier airport, which has now become the Toussaint Louverture national airport.

The systematic oppression put in place by the regime led many farmers to abandon coffee cultivation after 1986.

The rare large planters in the area have settled in Thiotte in the South Eastern department. “70% of the coffee produced in Haiti comes from Thiotte and Baptiste, a locality in the Center department” according to Bichard Bonnet, a coffee farmer in Thiotte.

In this locality, the coffee harvest extends from September to January. These productions concern coffee produced at low altitude (700 to 1,000 meters). High altitude coffees (over 1000 meters) are harvested between November and June. They require a maximum of sun for their development.

Haitian coffees produced at high altitude are generally of the highest quality. They achieve standard scores (beyond 80 out of 100) on the Specialty Coffee Association of America (SCAA) scale, informs Douglas Wiener of Café Selecto. 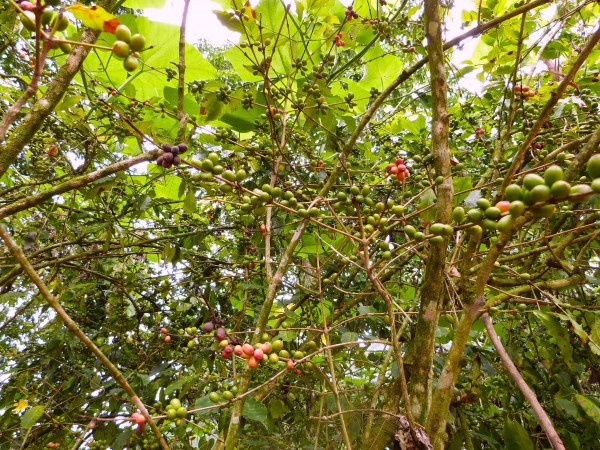 Many growers wish to have technical support from the authorities for satisfactory yields in the cultivation of coffee in Haiti. “The central state should get involved in coffee production” says Bonnet. “The farmers engage in production with their limited means without governmental support”.

The crushed coffee (natural coffee) sells for between 90 and 125 gourdes per pound on the local market. The washed coffee (specialty coffee), generally exported, contains exceptional qualities and sells for 3 US dollars (360 gourdes) per pound .

“Sometimes I find it difficult to sell the product on the national market due to the glaring lack of local buyers” says Bonnet. This situation prompts the farmer to sell his coffee to buyers in the Dominican Republic.

“At each harvest, more than 1,000 bags of coffee are supplied to each of these institutions: Rebo and Café Selecto” says Bichard Bonnet, who currently heads the Association of Innovative Planters of the Belle-Anse Borough (APIAB). The structure has nearly 600 cultivators.

70% of the national budget

The decrescendo of coffee today is in no way in line with its past glory. 66 years after independence and until 1880, Haiti had the same volume of coffee production as the colony produced. The country exported around 1 million (60 to 80 kilograms) bags of the product.

“The coffee supplied the functioning of the State and the national budget through taxes of 3 dollars levied on each exported bag”, explains Douglas Wiener. The resources generated by coffee represented 70% of the national budget at the time and were the main source of foreign currency in the country.

Thus, the independence debt was, in part, paid by taxes levied on coffee. “Of the three dollars in taxes drawn, 2.93 dollars were withheld by the French banks for the creditors of the Haitian state before being transferred to the National Bank of the Republic of Haiti to pay the debt “independence” he says. The remaining seven cents were sent to the public treasury.

Despite these substantial gains, the state offered virtually no support, as it is today. “Coffee production relied practically on the farmers. Presidents Durmasais Estime and Paul Eugène Magloire are the only heads of state to have invested in the coffee industry, Wiener informs. These plantations did not survive Hurricane Hazel. ”

According to agronomist Jean Fritzner Clervéus, exports have fallen sharply and the taxes collected by the State on coffee are only a crumb today. The small amount of coffee produced in the country today is mostly consumed by Haitians.

“Because of the informality that hovers over the sector, we do not have exact figures on the profits made or even the quantity of coffee actually exported per year. The State makes very little investments in the sector”, regrets the agronomist Clervéus. In reality, “the state does not have an investment policy for the cultures of Haiti”.

Photos are by Ralph Thomassaint Joseph. They were taken in the Center department. 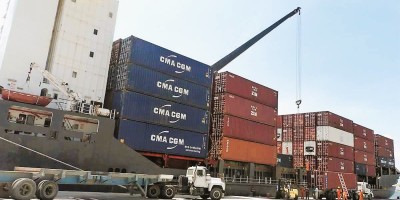 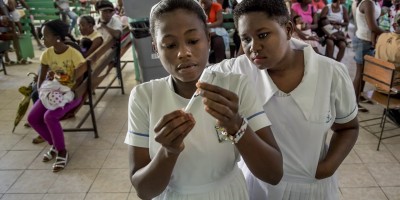 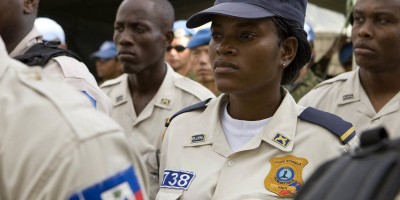 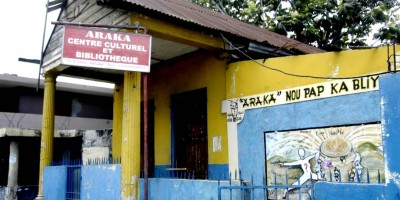