Herold wanted to be strong, but his voice was still charged with emotion. As he speaks to me, twenty-four hours have not passed since he was attacked by gangsters in Butte Boyer, not too far from Croix-des-Missions. The mechanic technician returned from work when he found himself attacked by heavily armed men.

“They quickly surrounded me and pointed their guns at me”, he says. Fortunately, one of them, who seemed to be the leader, ordered them to let me go. They obeyed.

The Comme il faut tobacco company employee was still in shock. However, the next day, at 6 a.m., he took the same road to go to work. “I don’t really have the choice, he says. Whether you decide to go through Croix-des-missions or Drouillard, the risk is the same”. The fact is that the entire Plaine du Cul-de-Sac has become a stronghold for gangs.

In fact, the plain is considered a strategic area. Sony Laurole, a PhD student in geopolitics at the University of Paris VIII, believes that it is the geographical position of this large plain that makes it very attractive to gang members. “It is crossed by several interregional roads”, he explains. The potential tactical shortfalls are great, but it also allows for easily  blending in with the masses, when necessary. In addition, the Plaine du Cul-de-Sac is linked to the eastern side of the island by the national road that leads to the Dominican Republic. This allows armed groups to obtain assault rifles from the neighboring country.

Gangsters are always looking for undeveloped and overcrowded territories to hide in. With its slums, the Plaine du Cul-de-Sac becomes a strategic location. It is “compatible” with gangsterism, affirms Laurole. Especially since the locality, crowded with slums, makes access difficult for law enforcement. And if they manage to get in, the residents can be used as human shields.

“It’s geo-strategic, says Sony Laurole. Without a gun, a gang member can easily pose as a simple civilian”.

The plaine du Cul-de-Sac went from being a productive agricultural area to a gang lair divided into several groups. Whiler Jules, the coordinator of the Assemblée de Section communale de la première section troisième Belle vue de Tabarre (a Municipal Assembly), believes that the reputation of this fertile region has been tarnished by the internal migration that followed the 2010 earthquake. After this disaster, people from all over came to live there.

So far, says Jules, the plain was lived in by people who could identify with the middle class. The fertile land was transformed into a built environment without any controls or regulations.

According to Sony Laurole, the reconfiguration of the plain is a result of this disorganized process. New districts like Canaan and Jérusalem were established. Rapidly, they became big slums. Groups sought to control them under the guise of restoring order and stability. This was the beginning of large-scale insecurity. Quickly, several young people in the area armed themselves and began to form gangs.

It is a fact that la Plaine is plagued by gangsterism. However, an urban planner, who wishes to remain anonymous, does not agree with the reasons behind this invasion of illegal armed groups. It’s not an urbanization issue,” she says. 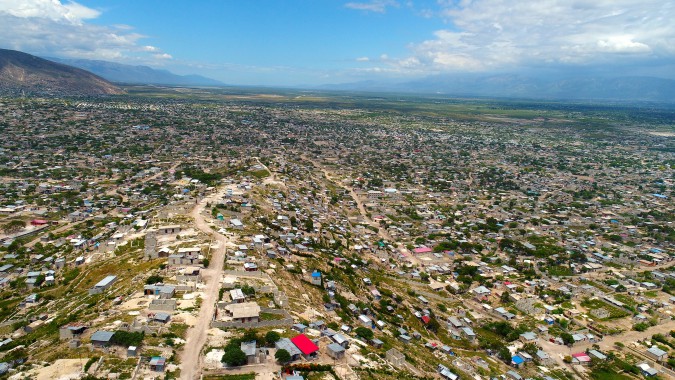 “It’s a prejudice against the poor, she cries. The gangs we have today are an unprecedented phenomenon. It’s crime. If they are involved in “politics,” it’s just to advance a criminal agenda”, the expert states. According to her, slums certainly project a bad image, but blaming the people who live in these areas does not make sense.

Several of the offices of the Haitian National Police (PNH) are based in the plain. There is the military brigade service, the departmental direction of the West, and the unit for the fight against drug trafficking … In other words, “there should be no possibility of gangs forming”, says Whiler Jules. Insecurity in the region is linked to politics, he says. “The battle [between the gangs] is certainly for control of more territory, but it is politics that drives it”.

Sony Laurole seems to support this idea. “As a crowded area, the plain is a strategic space for elections. That said, controlling as many neighborhoods as possible means, for any politician and potential candidate in the next election, having control of the votes ahead of time. It goes through the gangs as electors are likely to vote for candidates supported by the gangsters who control their areas”.

That gangs are trying to control each and every patch is no longer surprising. Localities that don’t yet have a ” leader ” are taken over by groups that want to put them under their control. This is not only happening in the Plaine du Cul-de-Sac. For example, on May 26, 2022, a conflict errupted between armed groups in the Solino neighborhood, and the gang leader known as Barbecue. According to an inhabitant of this neighborhood, specifically of Achille Street, “Barbecue wants to establish one of his soldiers as chief of Nazon”. There was panic for many days.

We are experiencing what Sony Laurole identifies as a kind of balkanization of the country. Depending on the area controlled, the presence of the population is not always necessary for these gangs. “Even without many people, an area can be used. Martissant is an example, it is emptied of its population, and every house has become a hideout.

Gangs rout the State. This is what Emmanuel Pierre Saint, technical coordinator at the Civil Protection Department, regrets. In the Plaine du Cul-de-Sac or elsewhere, the authorities cannot defeat them. At the beginning of May 2022, civil protection had to accompany the residents of la Plaine who were fleeing the war between Chen Mechan and 400 Mawozo. However, the institution is only activated during hurricane season or during natural disasters. “This is not our mission” he adds, “but that of the State”, he specifies.

Emmanuel Pierre Saint believes that if they really want to, the authorities can solve the problem. This is also the opinion of Whiler Jules, who accuses the government of feeding these gangsters. There is no proof of these allegations. But human rights organizations, such as the National Network for the Defense of Human Rights, have long accused the administration of the late Jovenel Moïse of being in cahoots with some gangs.

Not against the idea that banditry is political, Sony Laurole questions himself. These people who are gang members, the geographer not only doubts their ability to supply themselves with weapons but also to understand all of the stakes of their actions. “They are instruments”, he concludes. For whom? Why? To what end?… The list of unanswered questions is still very long. 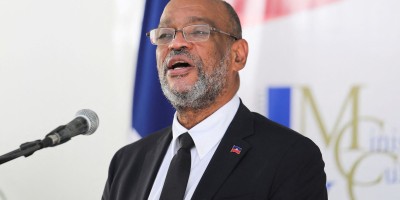